Having no body, form, or substance is the metaphysical, the nature of our reality in an abstract sense. Metaphysics is the philosophy of the nature of the world. Coming from forces beyond our natural world, metaphysics may not be concretely or scientifically proved. Yet many will attest to it’s existence. It is part of the belief system, but where does it come from? We can put faith in the experiences of others, leaving us to wish for much of the same. 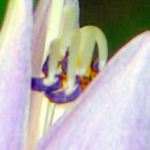 Things exist because we are conscious of them. That alone proves their existence, if only to the entity cognitive of their existence. The main focus of human knowledge is causality. For every action, there is an equal and opposite reaction. You don’t have to be an Einstein to figure that one out. Some believe, as is written in ancient texts, that cause is the effect concealed, and effect is the cause revealed. I can see how this plays out in basic day to day human relations, a basis for interactions with our fellow human beings.

Cause is the beginning, the effect, effect is the ending, the cause manifested. Causality also relates to the study of quantum physics. In healing via quantum physics, the intention must be set by the person wishing to be healed. Then then thought patterns produced, can actually alter the state of the physical molecules. This creates an energy shift, hence altering the physical state from illness to wellness.

This transcendence is not visible, yet it’s results can be. We create our own illnesses and unhappiness through manifesting particular thoughts which we give energy to. Our unwillingness to clean house, creates a sort of build up, of debris, which causes our body to break down. Harbouring unresolved issues, a refusal to look at the underlying source, without desire for change, contributes to our ‘dis-ease’. The habit of being unwell is ingrained, often winning out. Now if we were to entertain only positive thoughts and emotions, in theory we would be vibrant, healthful individuals.

Some balk at the “power of the mind” philosophy, reporting it is much to simple a concept, if not impossible. Yet, although in theory, we may understand what power the mind has, reprogramming it is a huge undertaking. Only those who can actually harness this power will benefit from it. My own challenges are proof of this. Although I know intellectually what is not only possible, but required, putting it into practice is another thing.

Healers are able to do just that. They take the powers of the universe, and channel the energies to heal the individual, supporting them until they can stand on their own two feet. The pattern once invoked, makes it possible for the unwell to be empowered, ideally developing the ability to reproduce those effects on their own, given time. Give yourself to the process forbidding fear from holding you back.

All the photographic images on the website are by me. Inquire about purchasing prints or licensing opportunities. Deborah Robinson © All Rights Reserved
14,267 spam blocked by Akismet