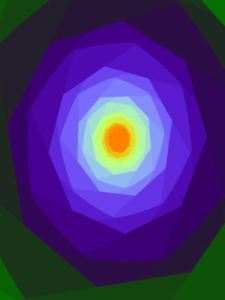 No one can be sure of the nature of the mind. It is an ancient mystery which keeps us in awe. The search leads us to uncover more, so we may understand ourselves and humanity. A never ending search, we contemplate with thoughtful reflection.

The nature of the mind questions what is reality, illusion, existence. How do we know the answers to any of these? Unless we are telepathic, we can not possibly know what goes on in the internal introspective world of each individual. The nature of things continues to be a mystery.

The mind-matter distinction is not a new concept. It was brought to prominence by Descartes in the seventeenth century, although the concept has been found to exist in ancient Hindu writings. Plato, first to coin the phrase, was considered to be the first dualist. Aristotle had written on this subject as well. Much study has yet to be done on how mind and matter interact.

Human nature, nature of mind and human reality is subjective with so many variables. Science has explanations for many things, yet many theories exist about the nature of mind. Spatial exists in the physical form of matter whereas non spatial can be found in mind, which concerns itself with awareness and ability and the intuitive. Not everything that exists, can be said to be material.

Some things are simply unexplained, relying on speculation, and abstract reasoning. It is important to raise your consciousness to a state of self awareness to find the underlying truth, ours autonomously, and the truth of existence. Just as mind seeks to interact with brain, you and I interact with each other in the existence of reality. It is possible that mind is the only reality of existence.

What goes on in mind, has the ability to directly effect what goes on in the body. It is said we use a tiny portion of our brain. We have only scratched the surface of the power of the subconscious mind. Perhaps it is mind which connects to the ‘collective unconscious’, a concept coined by Carl Jung.

I would suggest mind is more of an intuitive flow, a separate entity, while non-spatial, capable of interacting with our intelligence & being. For me, mind is a state of consciousness, entity, & the seat of soul. What I visualize is a sort of liaison between the higher consciousness, and the physical realm. No matter what your view, on the nature of mind, we can agree it is an integral part of our being.