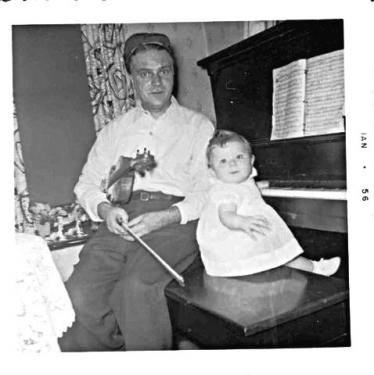 So now it’s official … at fifty-two, I am finally playing with a full deck.

This picture was taken even before my first BD. At nine months old I was already trying out the piano-which is the one I eventually learned on, as did my mother. This is my grandfather and I. I was fortunate enough to inherit some of his musical talent. He played violin, saxophone and clarinet, as well as being a piano tuner when pianos were tuned by ear, not with electronic tuners.

During the depression, playing in orchestras by night, he earned two dollars a week, which was enough to feed the family. An electrician by trade, he also had a knack for divine knowledge such as how to charm off warts, finding water underground, fishing, and was a Freemason.

And once this surgery is behind me, which takes place on Thursday, I will be ready for another fifty-two. Oh … and it is driver licence renewal time. Once every five years, and it had to be this week, in the middle of a time crunch. Isn’t that just the way? Oh well … c’est la vie … happy birthday to me. Bring on the annual torching of the cake.
Cheers! 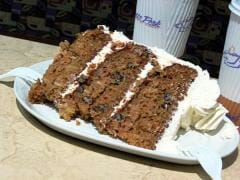 Now this is a piece of cake. It is meant to be shared as it is huge! The coffees here are large ones, so you can get some idea of the scale. Yum.  Do I regret it? No. Between two of us we never did finish it all. They have giant chocolate cake @ the Purple Perk too. Next time!