“Around and around the house the leaves fall thick, but never fast, for they come circling down with a dead lightness that is sombre and slow.” ~Charles Dickens

Bleak is the November chill, haunting to the soul. Out of sorts, I cannot decide what to. Staying in the arms of the darkness when moving forward would be preferable.

Let me ask you have you ever made an intuitive decision that got you into trouble? It just happened to me recently, and took me by shock. A colliding of two worlds, which only happens every once in a blue moon. Let’s face it, you cannot prove it was the right thing. Only you would know for sure in your heart of hearts.

I had a business associate who I had tried to warn about something pertaining to his business. He said, “You don’t know, you’re just guessing.” Well, I had no science to back it up, though I told him it was a strong feeling I had. Time tells all, and so it came to pass.
He was a bit sheepish. If you look up intuitive in the dictionary, it infers ‘irrational”. Rather odd, as time has gone on, I have found intuition to be more rational that would be logic. Still one must be accountable for their own actions no matter how you arrived at them. 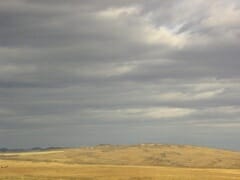 My existential roots catch up with me at this time of year … listless and without spirit, I do the bare minimum, if that. Perhaps a tonic is in order to fuel me into new directions. It is no secret some things have left something to be desired in my life. Don’t get me wrong, I have lots to be grateful for.

But the time has come to take stock, an inventory to get a clear picture of where I stand. Fear has been holding me back from doing so, keeping me stuck. Of course, many times it is so much easier to stay in the donkey suit, grinding the heels in, creating enough resistance to avoid wondrous stuff from happening. And without full acceptance of where I stand now, it would not be possible to move forward.

When I think of doing so, I am overcome with a feeling of overwhelm, perhaps imagining what I may be called to be responsible for, and perhaps it seems it could be a bigger order than I bargained for. And a sense of grieving for what may be lost. Yet nothing is gained by not taking action.

So I have taken action since I wrote this post, which I was unable to publish last night, with the server downtime. Once again-clearing-trying to make room for the new. Shifting the energy around I can feel things are starting to move. So much more to do, yet I shall plug away bit by bit. Stay tuned I think exciting times are almost upon us.

All the photographic images on the website are by me. Inquire about purchasing prints or licensing opportunities. Deborah Robinson © All Rights Reserved
16,129 spam blocked by Akismet