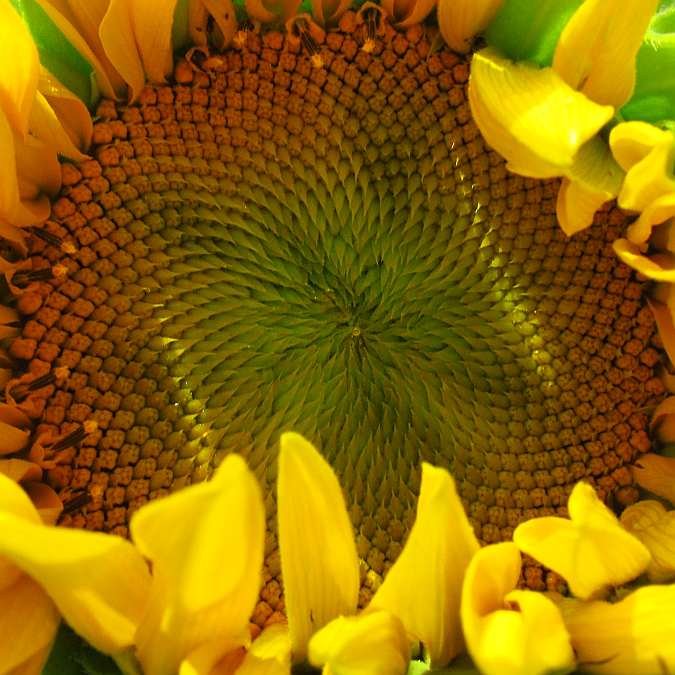 L. Fibonacci was responsible for replacing the Roman Numeral System in Europe with the number system we use now. This is how the numbers occur: 0, 1, 1, 2, 3, 5, 8, 13, … you just add the last two to get the next and so on. Then there is the Golden string of numbers, whose sequence never repeats.

If I understood mathematics, which I don’t have a hope of, then I might technically understand the equations and geometry of the Fibonacci numbers. Everything in the universe appears to be based on and matches this series of numbers. One does not need to understand the technical approach to see the results. 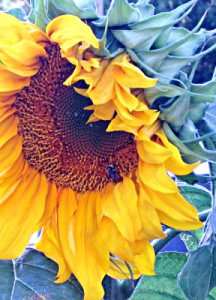 I am awestruck at the way these numbers reoccur in nature. Flowers contain the golden ratio with their petal and seed, leaf arrangements and spirals. Sea shells, tree branches, pine cones, pineapples, apples, are other examples to see how this plays out. This is prevalent in the family trees of many animals as well.

Each division of nature correlates with its surrounding environment. Different types of flowers are connected, one flower beginning the series, connecting with the next flower in order to continue the sequence. Even the reproduction patterns of animals, the human form, music, poetry follow the Fibonacci series. The list goes on, as does the golden string which reaches to infinity and beyond.

A lot of fuss has been made since Dan Brown’s Book, “The DaVinci Code” was written and consequently made into a film. However this is only briefly mentioned in the book. I had been researching this before I was even aware of the book.

Debates have raised the question of whether or not, past masters in music and art used this framework of numbers in their creations consciously. Examples are DaVinci, Mozart, and many more whose work shows evidence of phi. I would like to suggest this happened intuitively as opposed to being a result of a mathematical approach.

The point for me in studying this, was the hope it would make me a better artist. I have always wanted to know what is going on behind the scenes, in order to gain a larger understanding. If I knew how forms and details occurred in nature then I could apply this to my art. So if I was painting a sunflower, I would know how many petals it should have, and so on.

One can ask why is this so. Yet the harmony and beauty of nature just is. Looking at this, I can scarcely doubt that a supreme being was responsible for all of creation. We are merely part of a larger picture we may never understand. So let us just bask in the wonderment of all that surrounds us, while seeking comfort in the natural order of things.

All the photographic images on the website are by me. Inquire about purchasing prints or licensing opportunities. Deborah Robinson © All Rights Reserved
21,157 spam blocked by Akismet